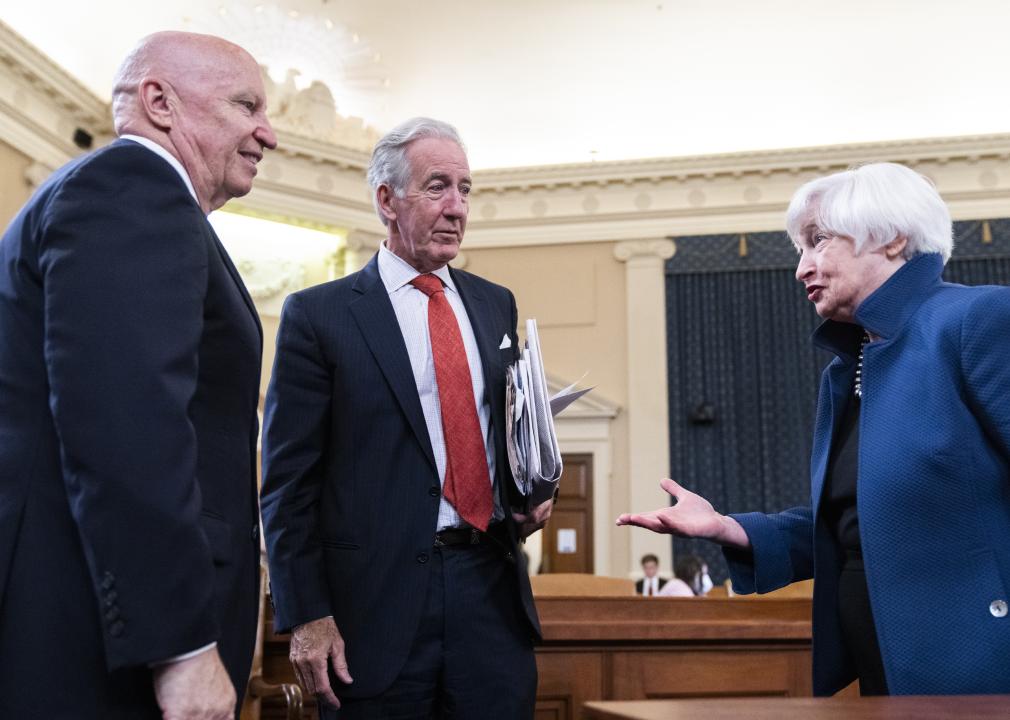 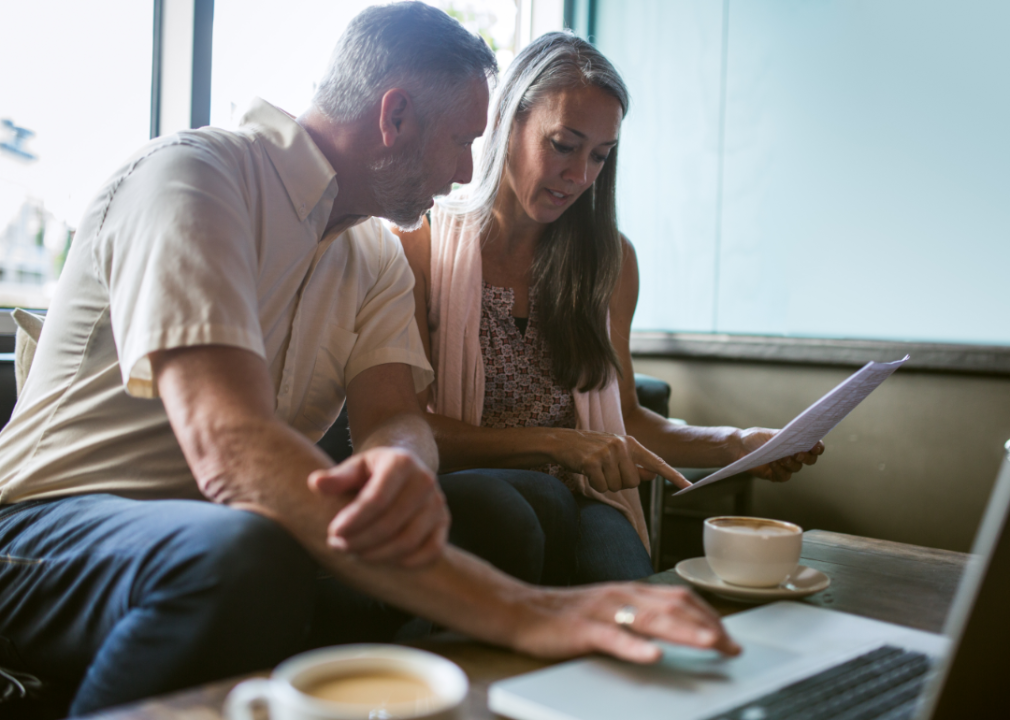 Americans held $7.3 trillion in 401(k) plans as of June 30, 2021, according to the Investment Company Institute. And the typical wealth held in an American family's 401(k) has more than tripled since the late 1980s. With the widespread adoption of 401(k) plans, it might surprise you that they're a relatively new employee benefit—and one that was created unintentionally by lawmakers.

Today, public and private sector employees alike use a 401(k)—or the nonprofit equivalent, a 403(b)—in order to plan for a comfortable retirement. In essence, a 401(k) allows an employee to forgo receiving a portion of their income, instead steering it into an account where the money can grow through investments. Unlike pensions, these retirement plans put more of the planning decisions—and responsibility—on employees rather than the company.

Employers can contribute to an employee's retirement savings by matching the contributions to a 401(k) account up to an amount decided by the employer.

"The savings comes off the top, so a lot of people don't miss their money when it's going into their 401(k)," Ted Benna, the man long-credited for introducing the 401(k) to corporate America, told Forbes in 2021.

Whether or not that savings that "comes off the top" yields small or large returns is influenced by the employee's age, tolerance for risk as well as market conditions over the lifetime of the account.

To illustrate how Americans' retirement savings have evolved over the decades, Guideline compiled a timeline on the evolution of the 401(k), drawing on research from the Employee Benefit Research Institute, the Investment Company Institute, and legislative records. 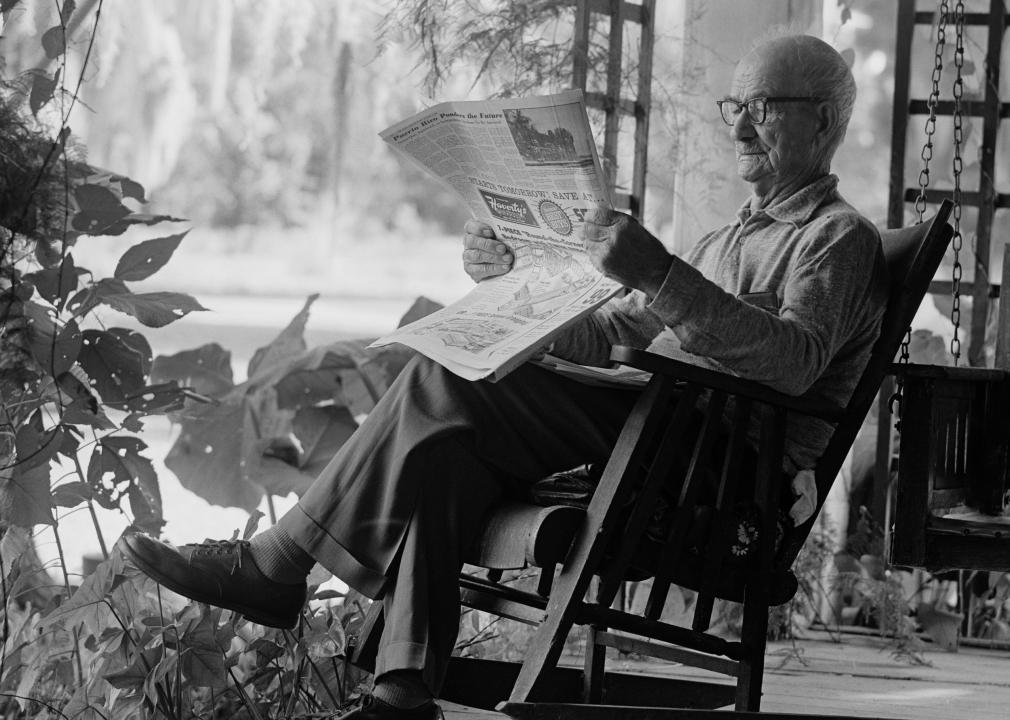 Before the mighty 401(k) there were Cash or Deferred Arrangements, commonly known as CODAs.

These arrangements between companies and workers allowed employees to defer some of their income and the taxes they paid on it for a period of time. CODAs were a funding mechanism for stock bonus, pension, and profit-sharing plans.

In 1974, the Employee Retirement Income Security Act (ERISA) was enacted, creating a governmental body that oversaw and regulated company-sponsored retirement and health care plans for workers.

ERISA temporarily halted IRS plans to severely restrict retirement plans through regulation in the early 1970s, according to the EBRI. The act created a study of employee salary reduction plans as well, which the EBRI credits for influencing the creation of the 401(k) later on in the decade. 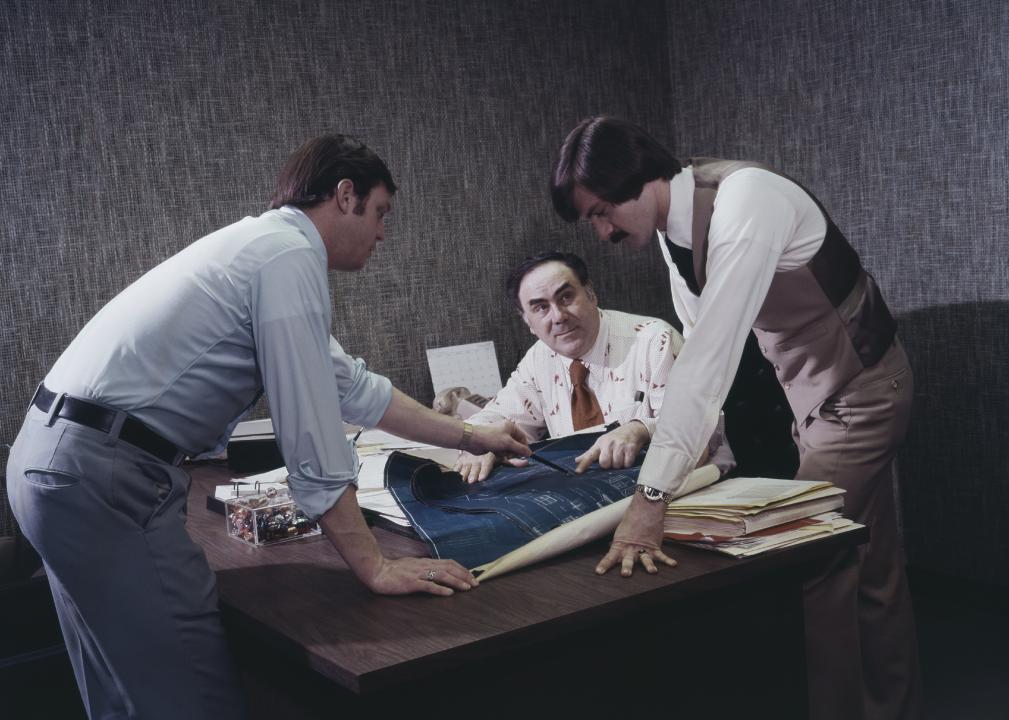 The modern 401(k) originated in earnest in 1978 with a provision in The Revenue Act of 1978 which said that employees can choose to receive a portion of income as deferred compensation, and created tax structures around it.

Section 401 was originally intended by lawmakers to limit companies creating tax-advantaged profit-sharing plans that mostly benefited executives, according to the ICI. Thanks to the interpretation of the section by businessman Ted Benna, the language evolved into the basis of the modern 401(k), as it enabled profit-sharing plans to adopt CODAs.

The law was signed by President Jimmy Carter and became effective at the turn of the decade. Regulations were then created and issued by the end of 1981.

The Revenue Act of 1978 not only created the foundation for 401(k) savings plans but also flexible spending accounts for medical expenses and the independent contractor classification as it pertains to how a company pays employment taxes. 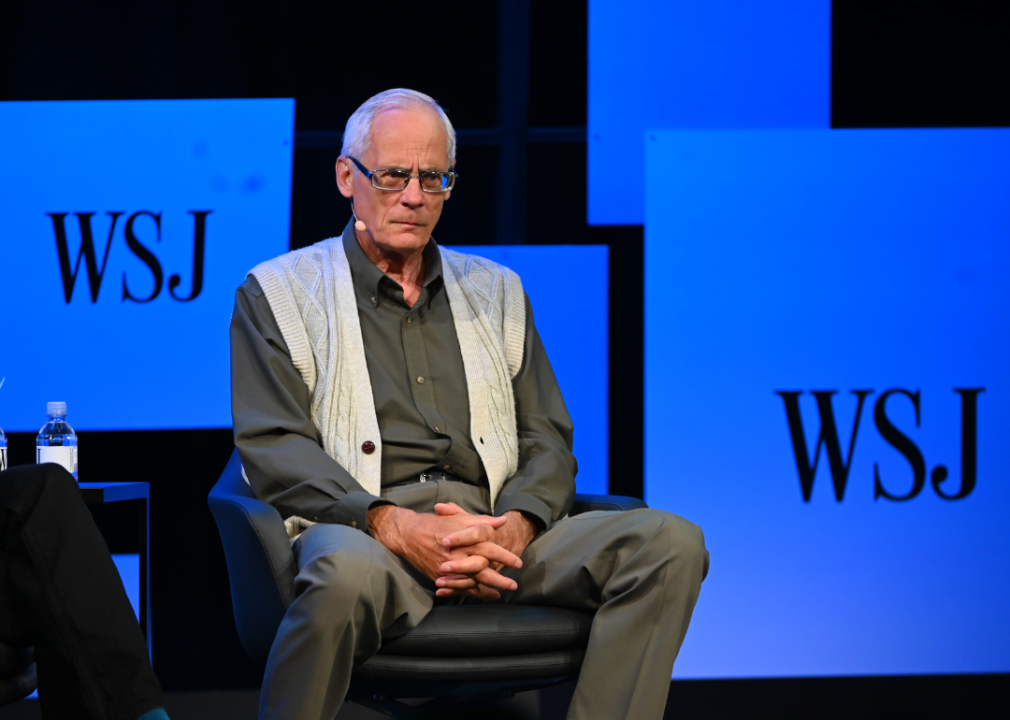 Ted Benna, pictured above, is popularly known as the "Father of the 401(k)" for his work advocating for companies to adopt plans in accordance with the IRS' new Revenue Act of 1978.

His self-described "aggressive" interpretation of the eponymous 401(k) section within the Act led him to create the first-ever 401(k) savings plan in the U.S. for his consulting company.

Through business connections, Benna was introduced to Treasury officials and provided recommendations as to how 401(k) should be regulated. Ultimately, Benna was able to help steer the success and adoption of the nascent retirement tool.

Today, Benna advocates for laws that would require employers to auto-enroll their workers in 401(k) plans, meaning employers would automatically deduct payroll deferrals unless an employee elects not to participate. One of the biggest downsides to 401(k) plans is actually that more workers don't utilize them sooner in their careers. The earlier a person starts contributing money to one of these retirement accounts, the better positioned they are to significantly grow funds by their target retirement age.

While 68% of private sector American workers had access to employee-sponsored retirement plans in 2021, only about half of all Americans took advantage of one. 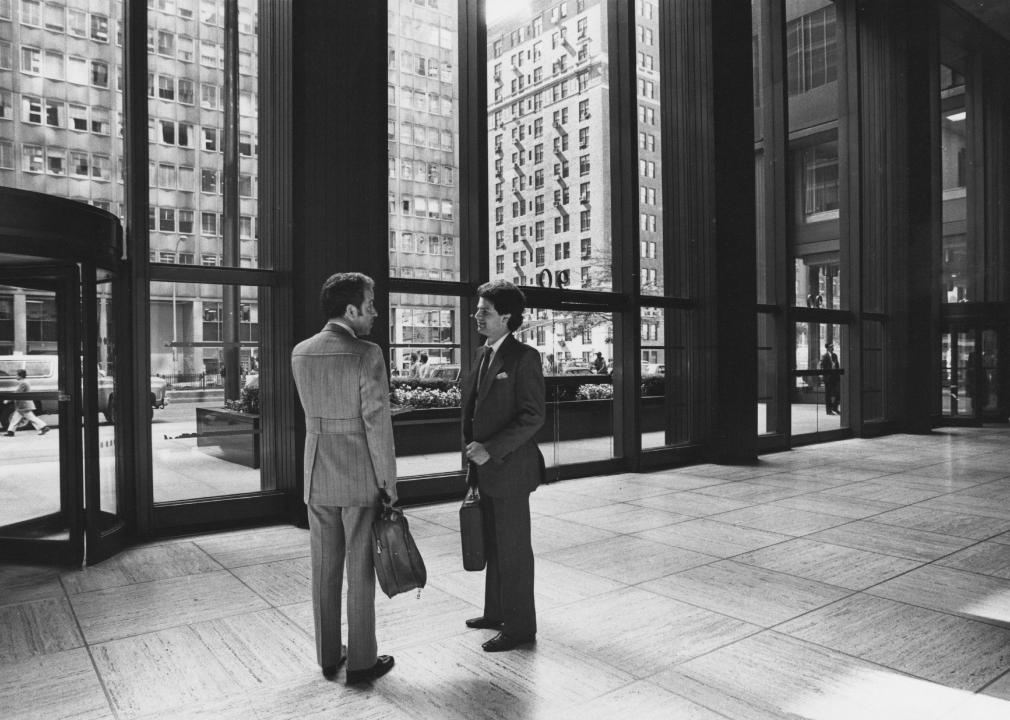 In the late 1970s, pioneering aviation company Hughes Aircraft was well on its way to becoming the largest industrial employer in the state of California. The company's outside legal consultant Ethan Lipsig was writing letters to Hughes Aircraft, encouraging the company to turn the savings plan it offered employees into a 401(k) plan.

But it wasn't until the IRS issued regulations assuring employers that they could legally defer a portion of payroll compensation to a 401(k) savings account that companies like Hughes, J.C. Penney, Johnson & Johnson, and PepsiCo began offering the plans to workers.

Nearly half of all large employers in the U.S. were offering 401(k) plans to their workers by the end of 1982. 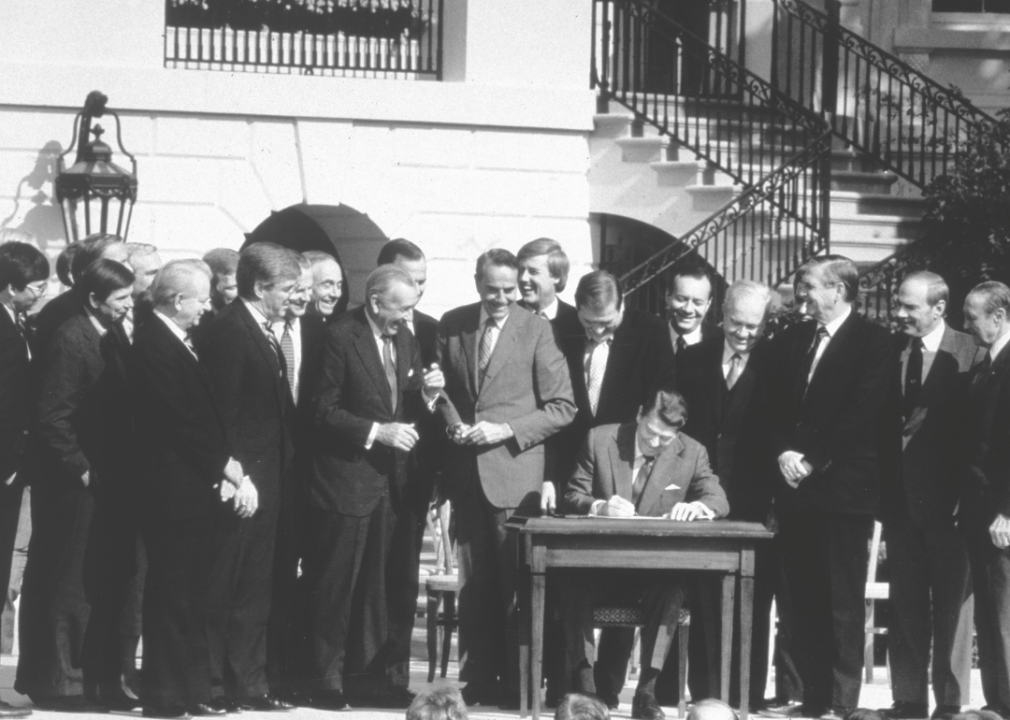 In 1984 and again in 1986 U.S. lawmakers, pictured above, made amendments to the country's tax code sometimes referred to today as the "Reagan tax cuts."

In 1984, laws were amended as part of the so-called Deficit Reduction Act to tighten the rules around deferred compensation, including 401(k) savings plans. The legislation ensured that less highly compensated employees could also benefit from plans—not just the highest paid workers. In a brief published in September 1985, the EBRI expressed concern that Reagan's amendment could jeopardize the popularity of 401(k) savings plans.

The Tax Reform Act of 1986 consolidated tax brackets, lowered federal income taxes, and placed an annual limit on deferred compensation, according to the EBRI. It had the added benefit of "endorsing" the 401(k) as a legitimate retirement vehicle because the Act implemented a 401(k)-type plan for federal employees. 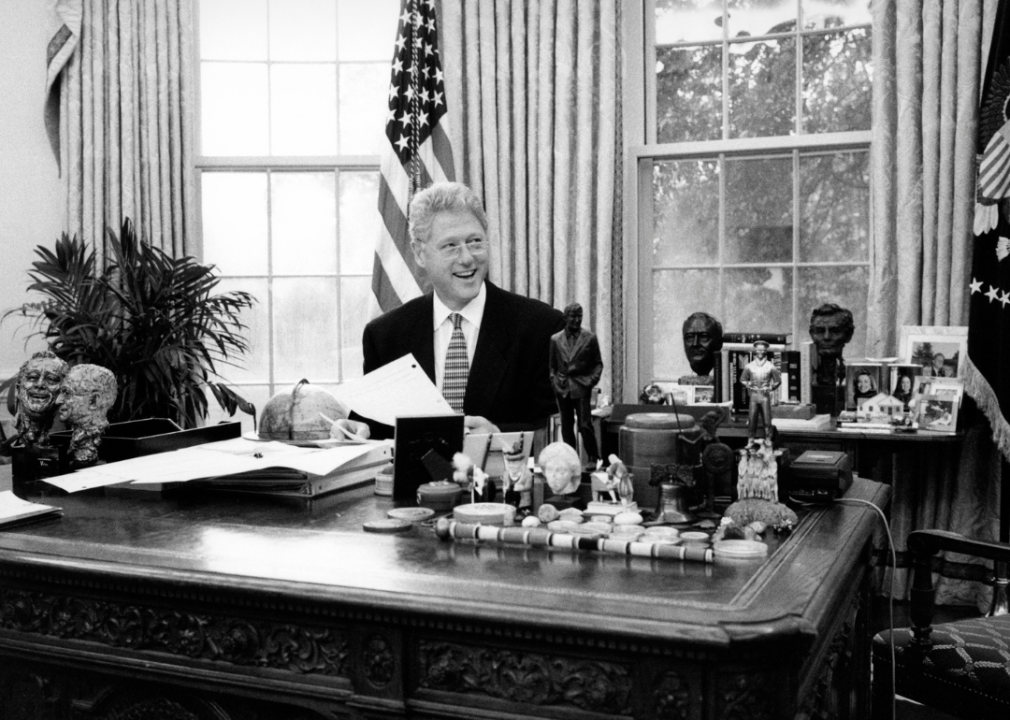 It specifically made the employer-matching contribution process easier through SIMPLE plans for businesses with fewer than 100 employees. The act also lowered taxes for small businesses, created safe-harbor formulas to eliminate the need for nondiscrimination testing, simplified pensions, and raised the minimum wage. 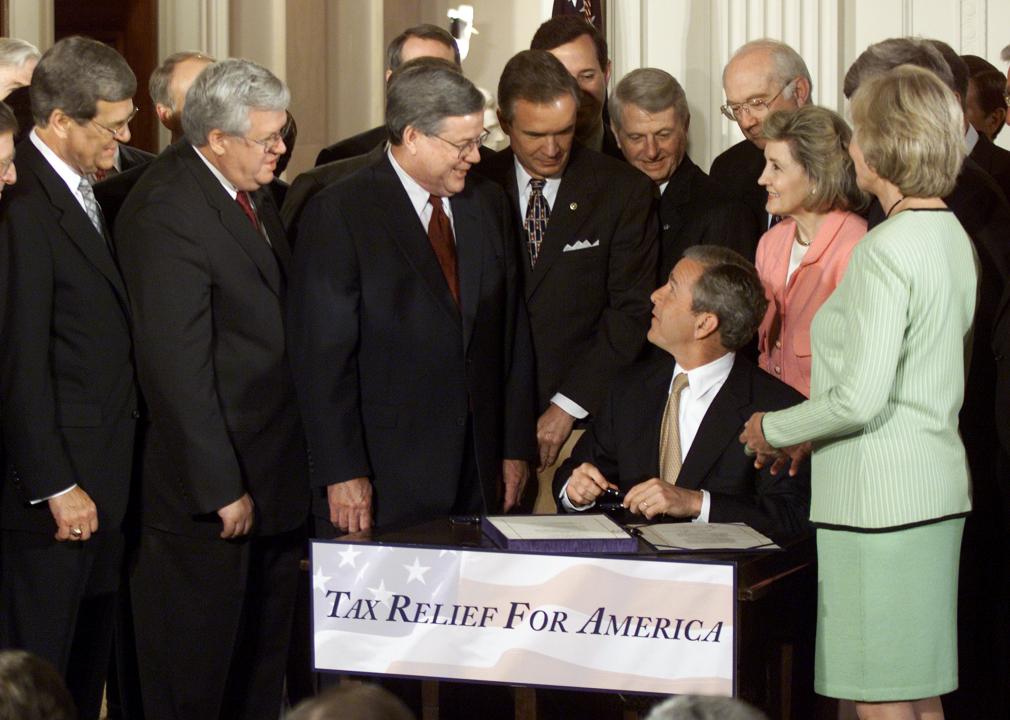 The Economic Growth and Tax Relief Reconciliation Act paved the way for many changes including allowing catch-up contributions for employees aged 50 and older, requiring faster vesting timeframes for matching contributions, and, perhaps most notably, introducing the Roth 401(k).

Officially launched to the public in 2006, a Roth 401(k) is employer-sponsored like a traditional 401(k). The account holder elects to contribute a portion of their income to the account, and the employer has the option to contribute matching funds.

The difference is that contributions are taxed before they go into the Roth account, which means that the owner doesn't have to pay taxes again when they withdraw from the account after they are aged 59 and a half or older.  At its core, the Roth 401(k) gives the owner the advantage of paying taxes now instead of being taxed on withdrawals later in life when the account is worth more monetarily—or when future tax rates may have increased.

Millennials are more likely to contribute to Roth 401(k)s than older generations, according to a 2019 report from the Transamerica Center for Retirement Studies.

2022: The Securing a Strong Retirement Act is making its way through Congress

Flash forward to the current day and much has changed about planning for retirement. Pensions have all but disappeared and many Americans continue to redefine what retirement will look like for them — and how to plan ahead for it. In the U.S., people live on average 10 years longer today than they did when the 401(k) was created in 1978, and recent research suggests that generations younger than baby boomers may live longer than their retirement accounts will support them. So it's more important than ever that people stay on top of changes in their retirement planning. As more tools, technology, and resources became available for learning and investing, legislation has also been introduced to help Americans navigate retirement decisions.

The Senate is currently debating a set of bills collectively referred to as "SECURE 2.0," as they build on the SECURE Act passed in 2019. Among other changes, the 2019 legislation made it so part-time workers could participate in retirement plans and made offering plans more appealing for small businesses that may have been hesitant in the past.

SECURE 2.0 goes further to make employee enrollment in a retirement savings plan like a 401(k) mandatory. It would also alter rules around making late contributions to payments so that Americans older than 50 can contribute even more than previously to their accounts.

This story originally appeared on Guideline and was produced and distributed in partnership with Stacker Studio.